The new challenge of metal packaging

WHAT IS BISPHENOL A?

Bisphenol A (BPA) is a chemical  synthetic product used in the manufacture of a large range of plastic packaging for food use. It is a component of polycarbide (PC) used in the manufacture  of baby’s bottles, bottles, and plastic containers since is transparent, rigid, unbreakable and therefore safe. The epoxy resins, used for the inside lacquering of food cans, hold BPA.

ROLE AND OPERATION OF EFSA

EFSA (European Authority for Food Safety) is effective since 2002 and is recognized as the referential  European Agency for the grading of hazard risk to human  food, feeds, nutrition and health of animals and plants. The control on the material on contact with food product is managed by the scientific expert group of EFSA (CEF group). The studies on BPA go back to Y2002. Lately, by press release on September 2010, the scientists of CEF concluded that, missing any concrete evidence, the present daily tolerable dose (DGT)  for BPA of  0,05 mg/kg body weight,  stated by EFSA in the advice of Y2006 and confirmed in Y2009, has to be considered still valid. Same group declared that the up to date available figures do not furnish any evidence of BPA toxicity at neurobehavioral level.

WHY BISPHENOL A  COULD BE FORBIDDEN IN FRANCE STARTING Y2014?

On 27th September 2011 the National Agency of the Sanitary French Security (ANSES) published two  reports on the evaluation of the risk for the presence of BPA in the material on contact with food products. The documents pointed out the BPA dangerous effects on the health obtained by studies made on animals and the suspicion coming from research made on human beings, even at low exposure level. The Agency considered that there are enough scientific evidences to set as priority objective the reduction to the exposure of the most sensitive people sector (as pregnant women and babies). Same document also formulate the hypothesis to replace the products for food holding BPA. On 12th October 2011, as consequence of the above report, the French National Assembly approved a government bill which prohibit the use of BPA effective Y2014. This measure put aside the molecule from all food packaging. In consequence of the French action , the European Commission charged EFSA to check figures which could confirm the toxicity of BPA.

On European Commission request, EFSA published a declaration on BPA in reply to the ANSES report of September 2011. CEF authority consider that in the whole the information of the report concerning the BPA effects on the health do not modify the considerations declared in the Y2010 group advice about the BPA safety. The scientific group pointed out that while the ANSES task has been limited to identify the hazard, EFSA made a full grading of the BPA risk. EFSA has in progress to monitor the scientific development of BPA. The expert will reconsider their opinion after a further evaluation of the new studies and analysis in small quantities at present carrying out in the United States, which will be available in Y2012.

WHY BISPHENOL A IS NOT FORBIDDEN IN SWITZERLAND

Should packaging industry be prevented from using products holding BPA, they will unavoidably look at different substances whose toxicity is more unknown and therefore the result will be the replacement of a subject of innumerable and in-depth researches molecule, with a new one which risky nature will surely be of more difficult evaluation.  The Swiss UFSP (Federal Board of Public Health), after examining the different reports issued by the food safety authorities, stated that the exposure level to BPA through the food doesn’t imply any risk to the consumers, newborn babies included. As far as BPA toxicity is concerned UFSP, in accordance with EFSA authority whose considerations are based on consolidated scientific data, decided that DGA (daily tolerable dose) stated by the toxicologists is adequately safe for the consumers. The decision taken by the European Union about  no use of baby’s bottles (mainly made in polycarbonate)  which can release BPA, is based on the caution principle and not on scientific remarks. It is important to emphasize that such solution is shared by same authorities which have forbidden the use of baby’s bottles containing BPA (for example Canada, http://www.hc-sc.gc.ca/fn-an/securit/packag-emball/bpa/index-fra.php).

Keeping the promise made in 2017 for the first 10 years of life, Easytech has launched itself to discover new galaxies! It is for this reason that Easytech has participated in this year’s Latamcan Exposition – the most important metal … Continue reading → 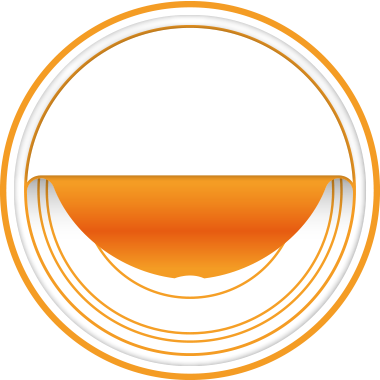